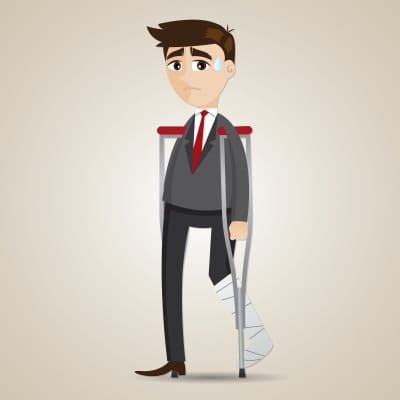 New York employers ask this question frequently, and it’s certainly a good one. The typical reasoning behind it is that if your experience modification is affected by policy losses, then having a lot of small medical only claims on it could affect it negatively. This, in turn, could mean an increase in rates.

It seems logical that paying these small claims out of pocket would therefore be in an employer’s best interest. The amount for just a medical-only bill is minimal compared to what an increased ex-mod can do to workers comp rates!

Experience mod calculation typically weighs frequency much more heavily than claims severity. But there’s something you may not be aware of – the experience rating adjustment or ERA.

Implemented in the 1990s, this method reduces the ex-mod calculations for small medical-only claims by 70 percent. It was developed as a means to get employers to report all claims, not only those that resulted in time off work. During this time period, many employers were paying these small claims so they would not affect the ex-mod and rates. Insurance companies and the National Council on Compensation Insurance (NCCI) needed this data for underwriting and actuarial purposes so they created this reduction.

Thirty-eight states use the ERA reduction in calculating experience modification factors for employers, but many business owners, even in ERA states, still discuss and ultimately pay these claims out of pocket. Connecticut uses the experience rating adjustment; however, New York, New Jersey and Pennsylvania do not. That means that employers in NY, NJ and PA may continue to pay these claims rather than submit to their workers comp carrier.

This is never really a good idea, but let’s explore why.

1) Paying workers comp claims yourself is not legal in every state. In fact, some states impose penalties for doing so.
2) Medicare implications may apply. If an injured worker is Medicare-eligible, there are federal implications for employers paying claims out of pocket.
3) You may pay higher medical costs than necessary. Employers do not receive the same medical fees as workers compensation insurance carriers. When you file a claim with your carrier, they have access to fee schedules that are considered “reasonable and customary.” Therefore, their rates may be much lower than out of pocket costs you pay yourself.
4) You risk further liability. If you pay a claim yourself, you have no idea whether that injury/illness will develop into a larger issue. While the initial injury may seem like a medical-only claim, it could become a larger disability claim later on.

Overall, the best protection for your company and your employees is to file workers compensation claims for every work-related illness or injury. You avoid any liability issues that may arise from future disability and lost wages. You also may end up paying more for the claim than if your insurer handled it directly.

Find out what you could save on workers comp insurance